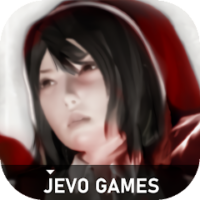 This is a horror-themed game, but it has a story full of engaging elements for you to experience and explore the new world. Players will take on the role of the main character with an unlucky fate by falling into deadly traps and with no turning back, so you will have to complete different tasks in order to win. However, the tasks will not be simple but will require you to use your mind to overcome new obstacles.

Game Introduction
Misguided : never back home is an Thirdperson Action horror game with full 3D graphic and with smooth visual on mobile

Misguided: Never back home itself tells the story of a high school girl named Silvia who is trapped in another world or a mystical world, without knowing she is in that world Silvia is trying to find her best friend who is also trapped there and they are trying to find out the truth and what is going on and they will be haunted by mystical creatures , and this game will have several endings depending on the behavior of the player or the choices that the player will choose, the game will showing with the theme of Indonesia and contains an Asian atmosphere.

Finding out the truth in the darkness that is ruled by a very greedy creature, and you have to destroy those creatures without mercy, will all of that truth be revealed?