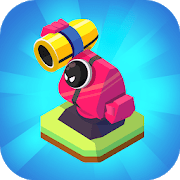 Are you ready to join Merge Tower Bots game? This is the newest action game. This game develops Hyper Mania. Your devices have to be Android 4.4 and up. At now, this game is over 1,000,000+ downloads and installs on Google Play. Players are joined this game is increasing. Players are very attracted when playing this game. Let’s discovery Merge Tower Bots game now. Don’t forget to enjoy this game with MOD APK free for Android on 1Mod.IO now. Enter this game and enjoy

Merge Tower Bots brings players to a world where evil robots intentionally invade everything. Your mission is to repel them by forming an army of powerful robots against these powerful enemies. The game is designed in the style of modern arcade games with vivid colors attracting viewers, full 3D graphics and beautiful image designs. Players will explore exotic lands and confront the weirdest robots that have never appeared in any game before. 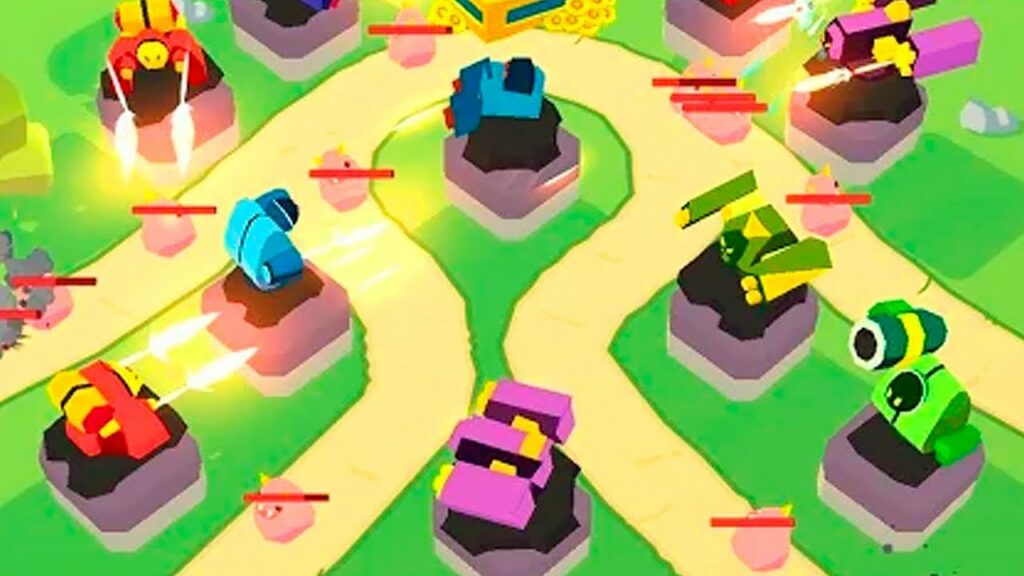 The screen of the Merge Tower Bots will be divided into two equal parts. Part TD game will be in the upper half, and the puzzle will be in the other half. This means that the robot system will not always be ready for you to summon at any time. They will have to be merged in a grid below before being sent to the battlefield. Your robot will have to reach a level to be able to fight. Two identical robots can be merged together to level up.

The grid table will have three components that exist together. The boxes will be able to break into existing robots, which can be sent to the battlefield immediately. The robots are only allowed to merge with other robots to bring them to the battlefield and finally the robots that you buy directly from the store. Try to match them to enough levels and set upright on the battlefield. Your opponent moves very fast. 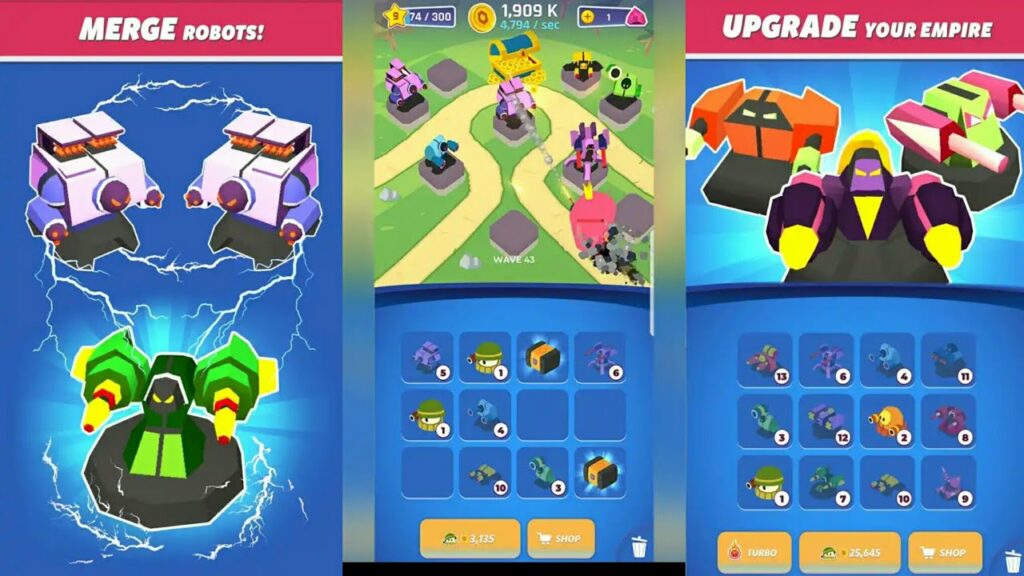 When participating in Merge Tower Bots game, you will have to set up a robot system to fight against them.With classic gameplay, you will be carrying a robot system and then find ways to destroy the target on your land. The money earned by destroying the invaders will be used to upgrade your army in that battle.

When entering a level, you must place your robot on a cliff, and the opponent will advance in the canyon. With your firepower, your forces will automatically attack any opponent who dares to pass through their range. The first level, the robots are simply so easy to destroy. Later, there will be a differentiation of rival robots. They will have unique abilities and much higher resistance.

Players will have to summon more allies and place them in critical areas for their forces to coordinate more smoothly. You will also be given effects to oppose the enemy. Basically, you can get an ice effect – slow, damage over time, increase damage effect, and increase attack speed. 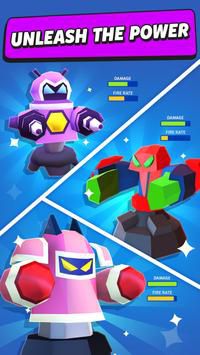 And not like other console-graded Android games, Merge Tower Bots allows gamers to experience the whole game without having to pay any free. Still, there are some in-app purchases that make the game no very balanced. But overall, you can still make up to this by being active in this game. Complete tough challenges and you’ll earn yourself awesome prizes. 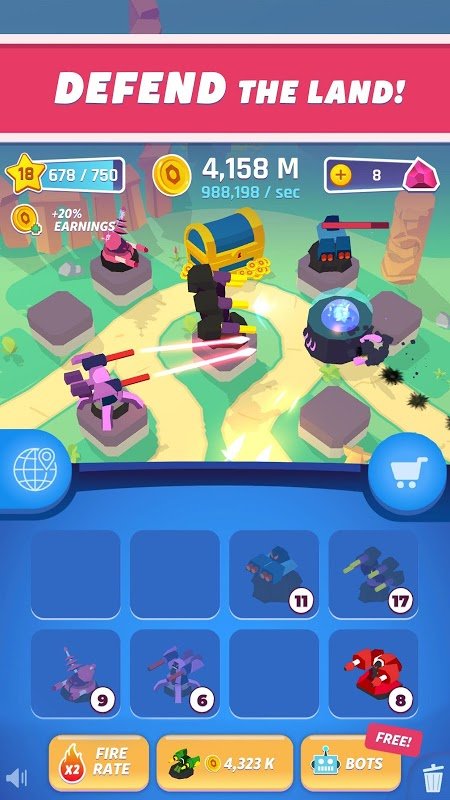 However, if you’re bothered by the in-game purchases and would like to do something about it, then our mod version of this game would certainly satisfy you. To have it installed on your devices, just download the Mod Unlimited Money APK file on your storage. Follow our instructions and you can easily install Merge Tower Bots game.