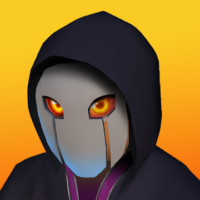 three-dimensional strategy in which the player builds the kingdom and protects it from the attacks of alien creatures. With the construction of various combat towers and the creation of a powerful hero, the governor has the opportunity to repel the attacks from aliens. All the characters here are subject to constant improvement, which helps to fight equally with the opponents and use different combination attacks in combat.

* Acquire different heroes to create your own combination.

* Combining the skills of heroes is a key strategy to win the battle.

* Level up your own heroes and improve their grade.

* When building a tower research center, you can also place war towers on the battlefield.

* Not a simple infinite wave.

* Get various items and loot to make your hero even stronger.

Defend the last remaining kingdom from the invasion of the alien empire, Zac!
Strategic castle-raising game with a completely different fun

You can grow castles and villages with Mithril obtained by defeating Zac. Level up your castle and deploy more heroes and soldiers to attack the increasingly stronger enemies!

[Various Heroes Combinations]
Acquire various heroes to make your own combination.
Combining skills of heroes is a key strategy to win the battle.

[Growing Heroes]
Raise your own heroes by level up and improve the grade.
The more you grow your hero, the more powerful your skills will be fired. Create a powerful Mythic hero through a fusion of 7-star heroes.

[Village Reconstruction]
Rebuild the collapsed town to train stronger soldiers.
If you build a tower research center, you can also place war towers on the battleground.

[Conquest Mission]
No simple infinite wave. Continue the exciting story of hope and survival that takes place through the conquest war.

[Raid]
Take your heroes to hunt boss-grade raid monsters.
Get various items and loots to grow your hero even more stronger.

[Dungeon]
Challenge the dungeons and get hidden relic weapons.

The last kingdom is waitng for a great leader.
Become the leader of the town right now!