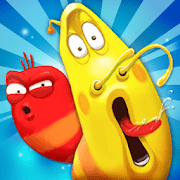 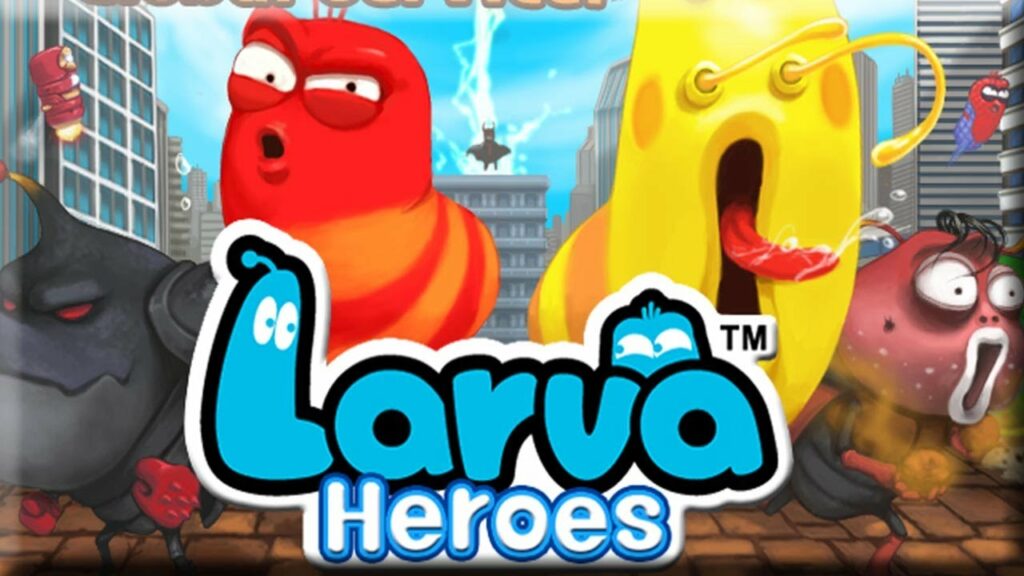 Larva Heroes has a defensive and tactical gameplay, in which the player must use available characters to attack enemies or complete objectives. The universe inside the game is a perfect combination of many elements, and new creatures or enemies will gradually appear in more difficult challenges. The player’s enemies and characters will gradually grow and become stronger, while providing players with more developed strategies.

The gameplay also gives players more entertaining elements, such as mini-games and the opportunity to interact with each familiar character. From there, players can unlock new content and accompany the larva in countless battles.

The larval collection system always covers all familiar characters in the series, and even the villains can become the player’s fighting unit upon successful collection. Players can only collect new units through the daily combat rewards or mini-games from the game. Each combat unit has its characteristics, and players must coordinate with other units to create a mighty army and overwhelm the enemy. 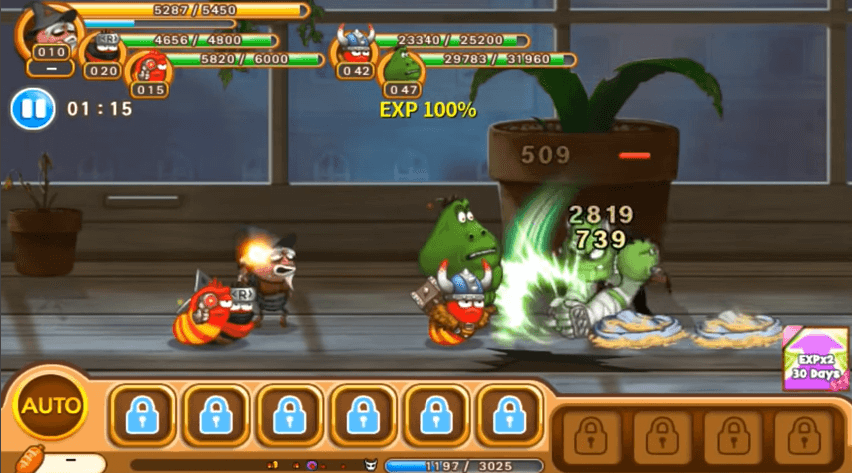 All player’s Larvas can be infinitely upgraded once the player has collected enough cards for the process. Upgrades will unlock new Larva abilities and improve their stats to new heights, accompanied by special features for players to create new variations of the larvae. Not only upgrading, but players can merge larvae with special elements, to enhance their strength or a random stat, improving combat performance on the battlefield to new heights.

The mini games in the game are all opportunities for players to collect rare rewards or income, every day there will always be new mini games for players to enjoy. Not only that, the mini-games refer to episodes that have appeared in the Larva series and accompanying their related episodes. In other words, players will both enjoy funny episodes and enjoy the game to receive rewards. The impressive thing is that players can accumulate mini game points for greater rewards, which entices players to join mini games when there are continuous opportunities. 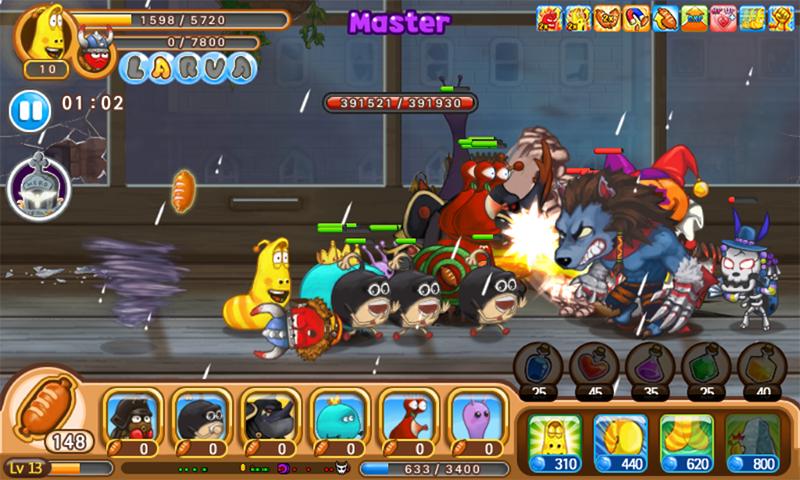 The game’s fighting mechanism is simple; that is, players use cards or combat units and spawn them scattered throughout the battlefield to take down enemies. The rules of the game are very simple as the player’s character will attack everything on its way until it reaches the enemy base.

However, when spawning, the player must have a separate currency, and each card will have a different price for the player to unleash creativity on the battlefield. Before starting to fight, players can customize the deck with the right battle units, where each challenge has a description and preview of the difficulty or unexpected appearances. 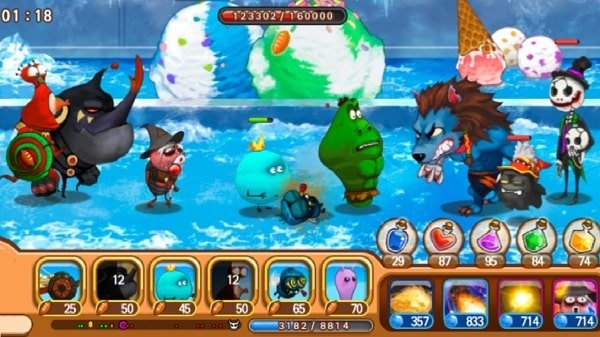 The world map in Larva Heroes is almost endless but full of entertainment, and the game now has more than 360 different levels, with the appearance of new enemies to unleash more creativity. Also, the world map will affect the combat environment and setting, and are all familiar locations featured in the series.

Players will even unlock special challenges with rare rewards, but the difficulty and rules will change drastically while challenging the player’s arrangement or strategy. When the player collects enough stars from completing the challenges, the game will have many generous rewards for further progression.