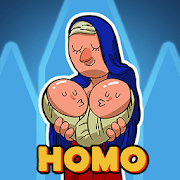 Welcome to Homo Evolution: Human Origins game for Mobile. This is an arcade game. This game develops CASUAL AZUR GAMES. It requires Android 4.4 and up. At now, this game is over 10,000,000+ downloads and installs on Google Play. Let’s start this game now. Don’t forget to enjoy Homo Evolution: Human Origins game with MOD APK free for Android on 1mod.io 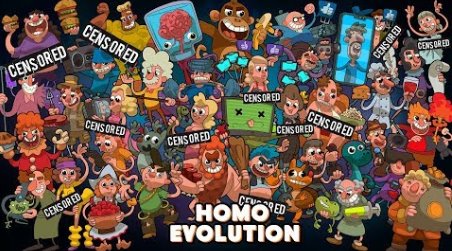 Homo Evolution: Human Origins is an idle game that allows the player to witness the evolution of the human race. This game not only focuses on the development of earth civilization but also allows players to witness the development of civilizations from other planets. This is a game with funny and strange content that you do not see in other idle games, but its content is also light and fun, very good for relaxation.

Moreover, the game also allows players to develop people in many different directions; this game has a multitude of options for players in the development process. The game’s bundled features allow most players to relax and be idle, so players can still get a bounty based on how much time they spend offline. If you are looking for a game with funny and strange content, then this game will be the top priority of your choice. 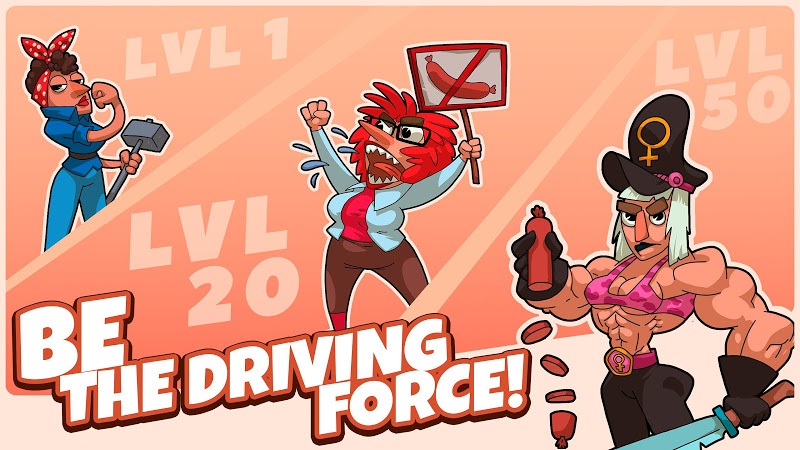 The gameplay is very simple and you will use available currency to buy the first creatures in the world. When the Earth was in its infancy, countless strange creatures underlie the development of today’s ecosystems. The first creatures that players buy will appear as a colorful egg, breaking the eggs to reveal the creatures inside.

Next, that’s the fun of this game, to create a new species, players just need to fuse two identical creatures, this process can be repeated non-stop, and players will open lock new species of the ecosystem. During the merge process, players will receive a creature egg; this feature will help the player’s development process faster and save them a small sum of money. 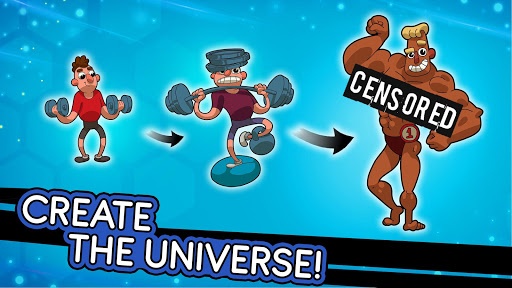 With the money, players can use it to buy eggs and fuse, or they can be used to buy upgrade items for human development. The game will also have a special upgrade system that makes the humankind development process faster. Players can purchase any upgrades they want, and they will improve the environment and egg level to minimize unnecessary steps during development. 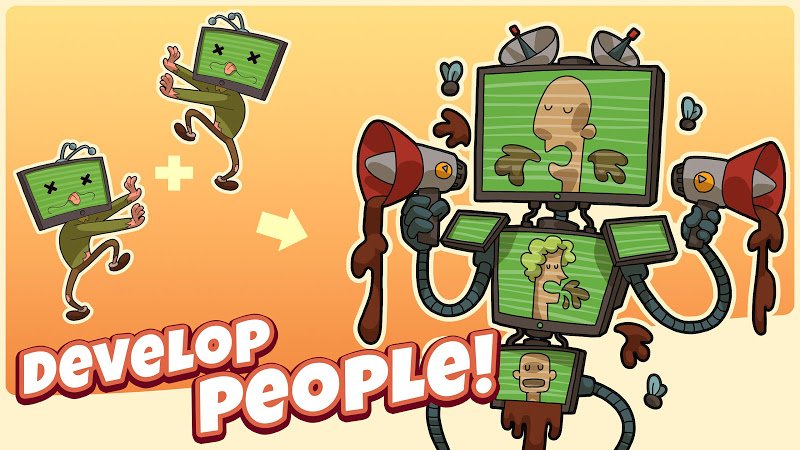 If players need eggs, they can buy them immediately with the game currency. The value of these eggs will gradually increase based on the number of eggs the player has bought. That can slow down the player’s progress, but this game has another method to help users make money quickly, which is the relentless Tap. Every tap, all creatures in the ecosystem will drop a currency amount for the player; so just keep making it until you have enough money to buy new eggs. If the player does not want to tap, then they can wait patiently, because they will automatically generate a small amount of currency for the player. It is their Idle feature; every second, the player will receive an amount corresponding to the number of creatures that the player owns. 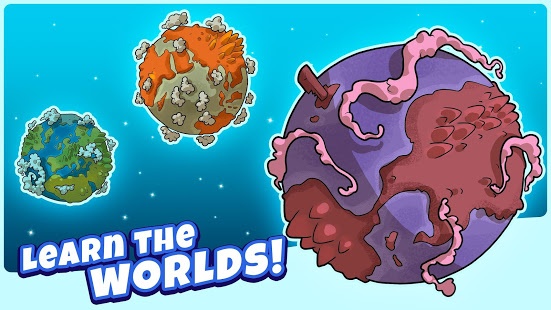 And not like other console-graded Android games, Homo Evolution: Human Origins allows gamers to experience the whole game without having to pay any free. Still, there are some in-app purchases that make the game no very balanced. But overall, you can still make up to this by being active in this game. Complete tough challenges and you’ll earn yourself awesome prizes. 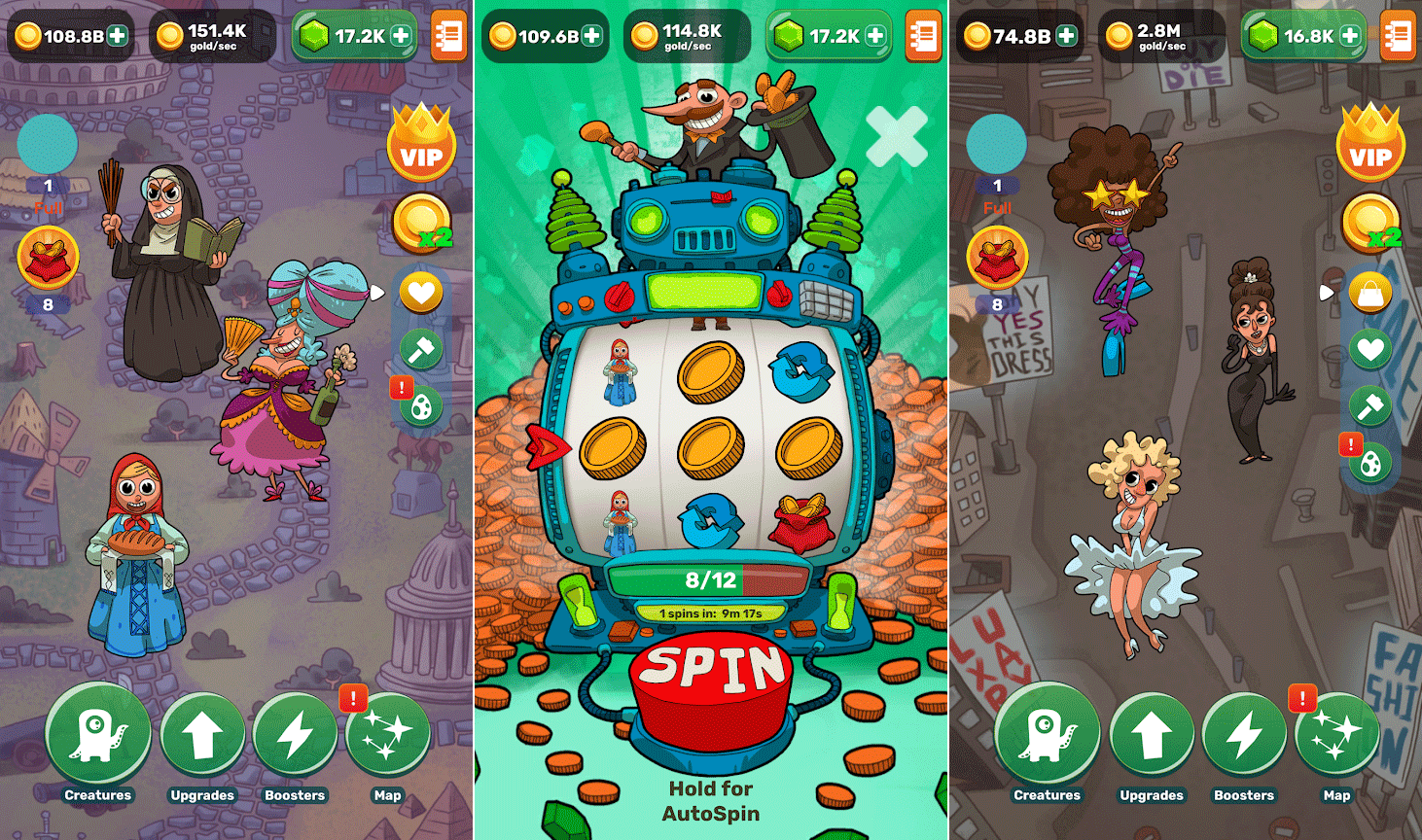 However, if you’re bothered by the in-game purchases and would like to do something about it, then our mod version of this game would certainly satisfy you. To have it installed on your devices, just download the Mod Free Shopping APK file on your storage. Follow our instructions and you can easily install Homo Evolution: Human Origins game.