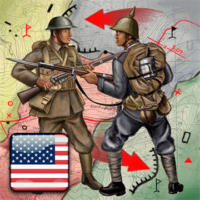 You wish to become an emperor, a king or a president? This game is just what you are looking for. You can enter the role of a ruler of the 20th century country. You have everything to write a new history. The game has no world wars, nuclear attacks on Japanese cities… Our aim is not to create a plot based on history. Our goal is to give you an opportunity to write your very own history! In this new history, are you a peacekeeper or an aggressor? It is up to you to decide!

Gameplay key features:
• Over 60 countries you can rule;
• Build an army and a fleet;

Epic military strategy of incredible scale. Are you ready to defend your homeland?